Jour de Fête tells the story of an inept and easily-distracted French mailman who frequently interrupts his duties to converse with the local inhabitants, as well as inspect the traveling fair that has come to his small community. Influenced by too much wine and a newsreel account of rapid transportation methods used by the United States postal system, he goes to hilarious lengths to speed the delivery of mail while aboard his bicycle. 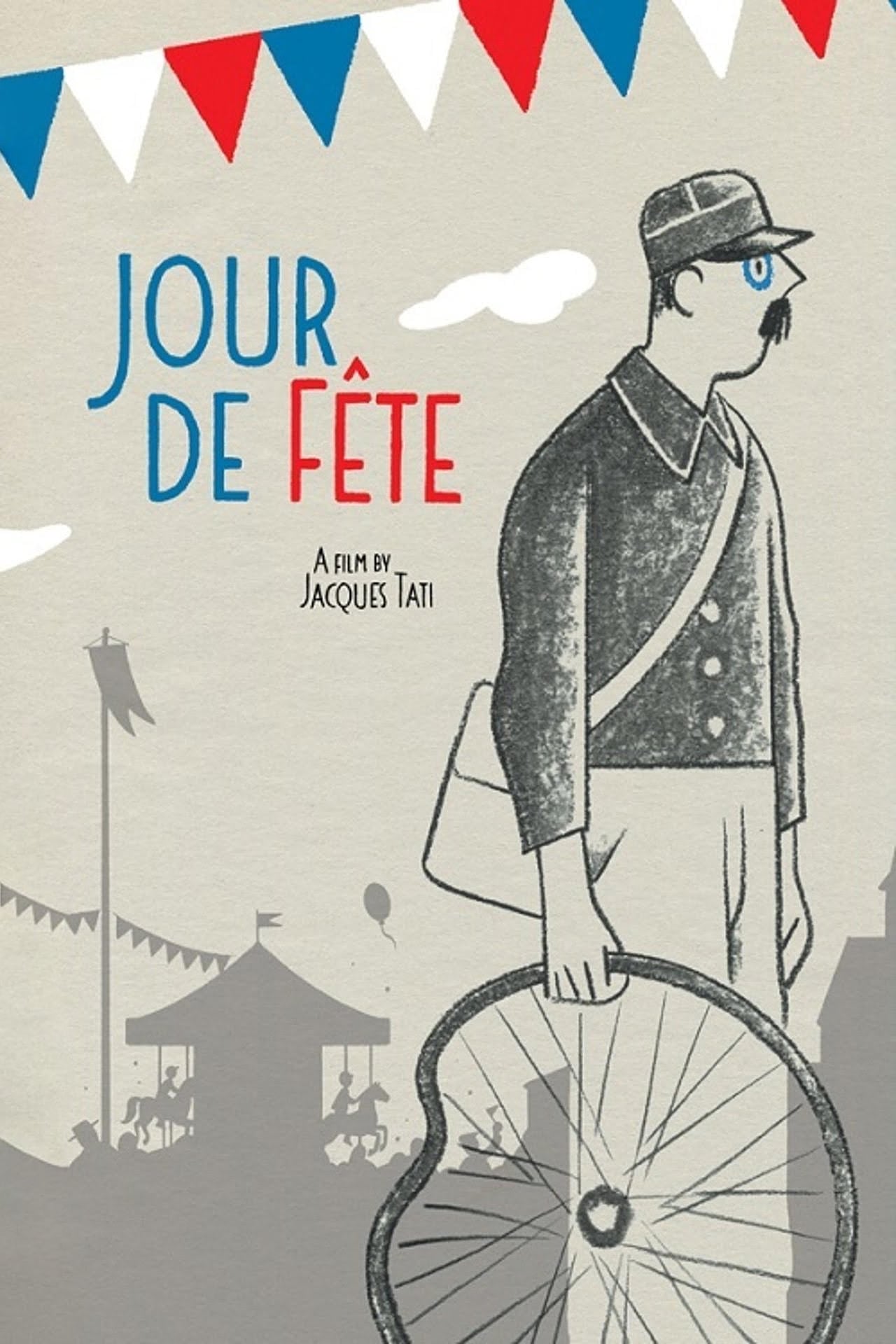